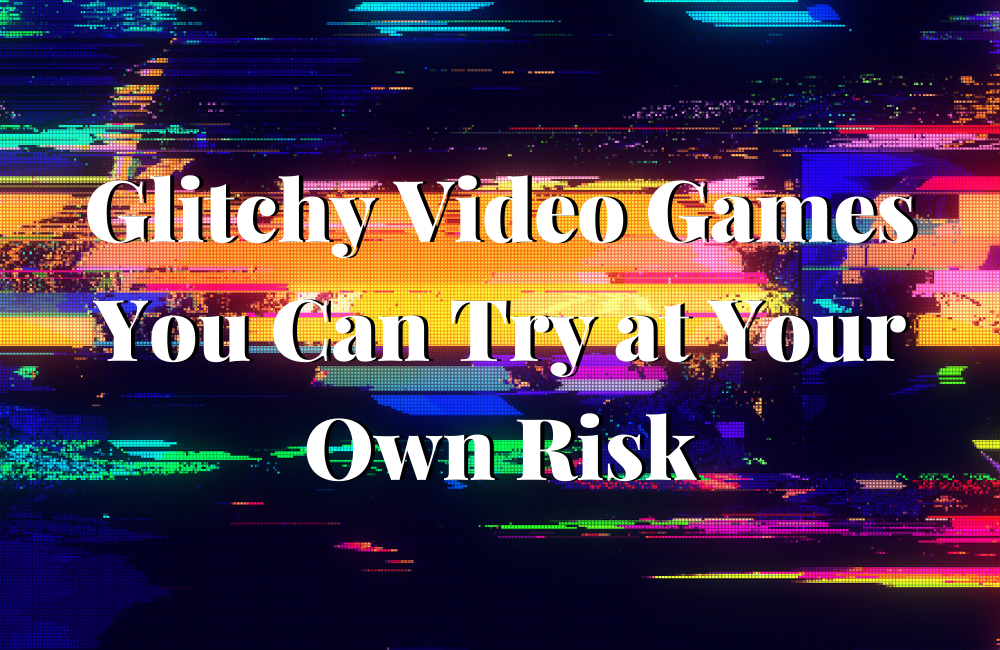 Glitchy Video Games You Can Play at Your Own Risk

Glitches in video games may make for humorous YouTube videos but as for actually playing the games yourself, the errors made by the developers don’t exactly bode well for a love of the game. The following are the 6 most glitchy video games that we’ve happened across, from those blighted with bugs here and there to those that are barely functional.

Created in less than 6 weeks to be pushed out in time for the holidays, this game was at the top of every kid’s wishlist. It did well initially, selling 1.5 million copies before the holidays. But word got out about how bad it was and retailers began returning the cartridges to Atari in droves. The company took matters (strangely) into their own hands and buried hundreds of thousands of copies in the New Mexico desert. This game was so bad, it’s often cited as the cause of gaming giant Atari’s downfall and the greater video game recession of 1983.

There are several lists out there with a varied mix of horrible games, but this game makes it on pretty much all of them. It was meant to revive the franchise, which had suffered disappointing sales after the 3 previous releases. Game makers jumped on the trend of 3D gaming hoping that’d do the trick, but instead it failed with its shaky gameplay and unlikable main character. The franchise laid dormant for 20 years until revived with the 2017 release Bubsy: The Woolies Strike Back. Also a total fail commercially, it seems to be the last straw for the Bubsy franchise.

Big Rigs: Over the Road Racing

You cannot make a list talking about glitchy video games without talking about this one even if, unlike the others on this list, it was not made for video game consoles. Watching the gameplay for this is honestly entertaining as pretty much the whole game is just one giant glitch. You start out the game by picking a truck and then go through a series of obstacles that you are somehow, inexplicably able to pass right through completely unscathed. The truck disappears when it races over bridges and jerks forward rather than gliding smoothly along the course. Plus, your opponent’s truck doesn’t move beyond the starting line which pretty much defeats the purpose of a race.

The NES game Cheetahmen II was so bad it wasn’t even formally released; it only became available when copies of it were stolen from a warehouse. Cheetahmen II was a sequel to a mini-game collection that was also infamously bad somehow the second was worse. In Cheetahmen II, your enemies – animals that resemble snakes, birds, and little invisible men holding swords and wearing armor – walk right through the elements. The game glitches when you jump and you die when you land on the floor. What’s worse is that level 3 disappears midway through the fight, meaning you can’t progress to level 4 if there even is one.

There are still copies available for excessive amounts of money on eBay. However, we would not recommend spending thousands of dollars on a game that has only 3 complete levels and wasn’t even meant to be released in the first place.

Sonic the Hedgehog aka Sonic ‘06

Like most remakes, this one did not ripple through the gaming world as much as its original release. It was long-anticipated by fans but delivered only a convoluted plot and confusing controls. Game glitches due to a rushed release for Christmas didn’t help matters. SEGA spent the next few years doing what they could to rid gamers of the memory of Sonic ‘06. But none of us can forget the original CGI movie that saw so much backlash over the terrifying rendition of Sonic that caused the movie to be remade, delayed, and released earlier this year. You’d think Sonic creators would’ve learned their lesson trying to revive the blue spiny mammal!

Some of the games frequent glitches included (but were not limited to) Sonic getting stuck in walls, being trapped in an endless loop of attacks during fights, and him falling through the earth. Many say that this game alone did irreversible damage to SEGA and the Sonic franchise.

This was a pretty successful series but this particular game did quite a bit of damage to that. Ubisoft Montreal feels largely unfinished and left with a myriad of bugs and glitches almost too innumerable to count. This video shows just one of the many.

The protagonist, Connor’s, weapon-wielding hand glitches like no other to the point where him attacking his enemies or even just standing by himself looks far more inappropriate than it ought to.

Plus the horses in the game move around as if they’ve been injected with several double-shot espressos. I mean we can’t make this stuff up, you gotta play it to believe it.