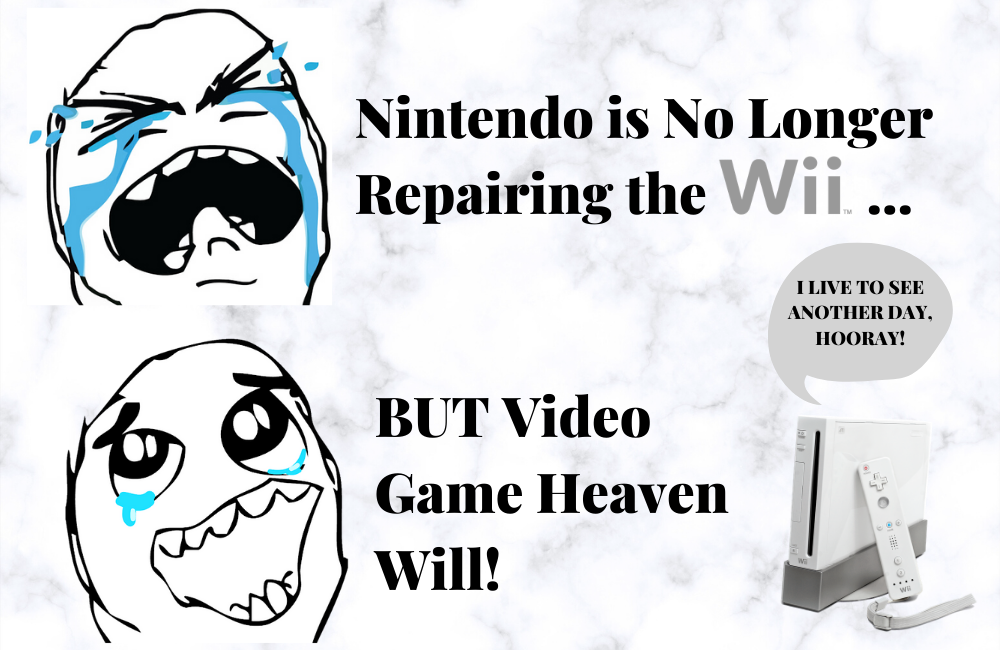 Nintendo announced in January that as of March 31, they will no longer be repairing Wii game consoles in Japan because they had too much trouble getting replacement parts to repair the console. In the customarily tersely-written press release, Nintendo stated that many of the issues that customers in need of repair run into can be resolved by following the troubleshooting steps on their support site. If the problem cannot be solved with simple troubleshooting, Nintendo’s recommendation is to buy a whole new Wii video game console.

If there is one video game console manufacturer that marches to the beat of its own drummer, it would be Nintendo. You can likely remember when the Nintendo Wii first came out. Everyone was buzzing over the new gameplay claiming it was the next-generation of gaming consoles because it allowed for a level of interactivity that no gaming console had before. Rather than pressing a series of buttons on a typical controller to throw a punch, users could now hold what was essentially a remote control, wind up, and follow-through.

Plus it offered the Mii Channel which allowed players to customize their own avatars and insert them into Mii-enabled games like Wii Sports so that while bowling or boxing or fly-fishing, you could actually look like the character on the screen. It was a whole new level of innovation!

And upon the release of the Nintendo Wii, units were flying off the shelves outselling their biggest competitors, Sony and Microsoft, by a landslide. Reviewers ignored the poor graphic quality and slower processor and focused instead on the gameplay, marveling that Nintendo had brought a childlike feeling back to video games. And the media ate it up as doctors used Wiis for therapy and geriatrics used it to ensure they were getting their dose of exercise.

Despite this success, you would have no challenge finding people who criticize Nintendo for its creation of the Wii. Some say that Nintendo sold out by appealing to soccer moms instead of gamers like it had before. But can you really blame them? They need to leverage a unique segment of the market that Sony and Microsoft, whose bread and butter are hardcore gamers, couldn’t touch.

But with the discontinuation of the Wii U, this announcement that they will no longer repair game consoles, and countless sources saying that Nintendo Wii is on its last leg, is it safe to guess that Wiis may be passé in a couple of years…?

It’s difficult to speculate on the future of the Nintendo Wii, but in the meantime, we’re just going to keep repairing them. If you have a console or game that needs repair, check out our website or give us a call: (757) 547-7577.