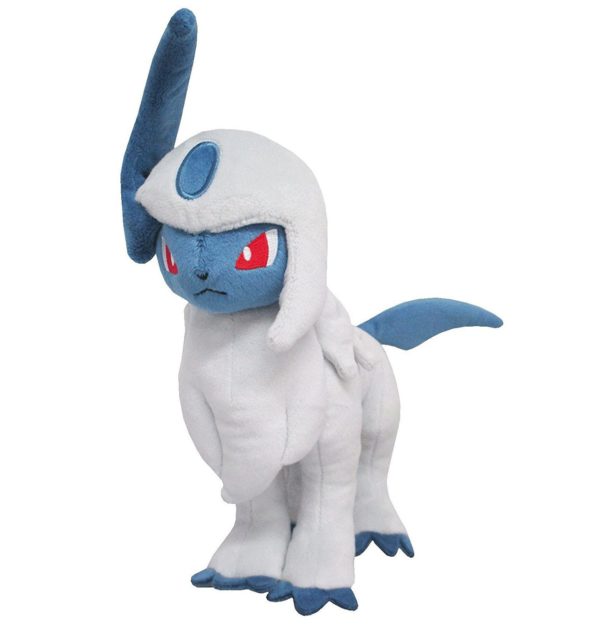 San-ei’s Pokémon All Star Collection plush series features a beautifully detailed version of Absol! Some of the highest quality Pokémon plush on the market come from this lineup. Every plush is constructed out of super soft ‘minky’ fabric and weighted with beans to help them sit/pose.

Absol lives in the mountains far from civilization, and rarely ventures down from its alpine home. Using its horn, Absol is able to sense even subtle changes in the sky and the land to predict when a disaster will occur, and will try to warn people when one is approaching. This often has the unfortunate effect of Absol itself being blamed for the disaster, notably by the elderly. Mega Absol emits a fearsome aura that has been known to kill fainthearted people from shock. It directs this aura at its opponents by beating its “wings”, which are not capable of flight. However, Absol apparently detests assuming this form, as it normally dislikes fighting in the first place.