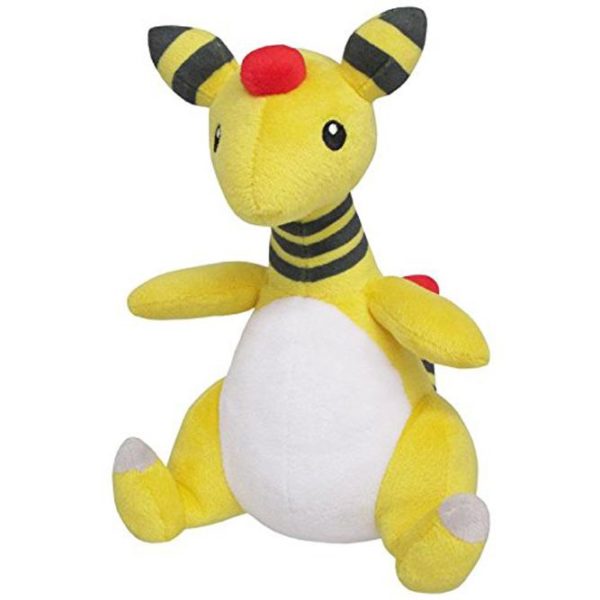 San-ei’s Pokémon All Star Collection plush series features a beautifully detailed version of Ampharos! Some of the highest quality Pokémon plush on the market come from this lineup. Every plush is constructed out of super soft ‘minky’ fabric and weighted with beans to help them sit/pose.

Ampharos is a yellow, bipedal Pokémon with a white belly. It has conical ears with black stripes and a red orb on its forehead. Its long neck has several black rings around it near the base. Its stubby arms resemble flippers and each foot has a single white nail. It has a long, black-striped tail with a red orb at the tip. The orb on its tail can shine so bright, that it can be seen from space. People have used the light as a beacon, or to send signals across the ocean. Ampharos is generally found in grasslands, though it can also be found in farms alongside its pre-evolved forms Mareep and Flaaffy.