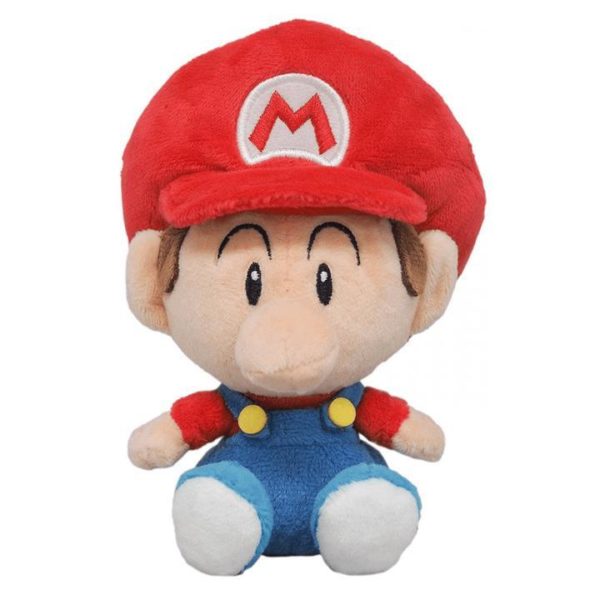 San-ei’s All Star Collection plush series features a beautifully detailed version of Baby Mario! Some of the highest-quality officially licensed Nintendo plush on the market come from this lineup. Every plush is constructed out of super soft ‘minky’ fabric and weighted with beans to help them sit/pose.

Baby Mario is a major character in the Yoshi series of video games, created to be Mario as an infant. Baby Mario is often rescuing Baby Luigi, who is carried off by Kamek, as seen in Super Mario World 2: Yoshi’s Island. Since then, he has appeared in two other games in the Yoshi series and alongside his older self in several of sports spin-off games.