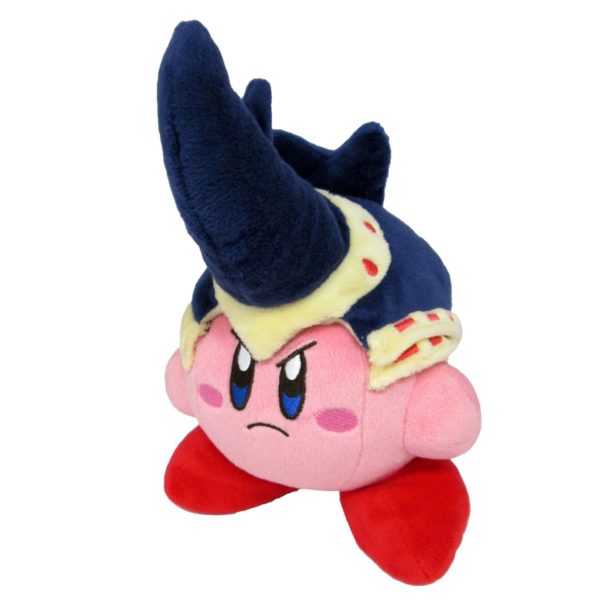 San-ei’s All Star Collection plush series features a beautifully detailed version of Beetle Kirby! Some of the highest-quality officially licensed Nintendo plush on the market come from this lineup. Every plush is constructed out of super soft ‘minky’ fabric and weighted with beans to help them sit/pose.

Beetle is a Copy Ability introduced in Kirby: Triple Deluxe. It later reappeared in Kirby Fighters Deluxe as an unlockable ability, accessible by saving StreetPass data from Kirby: Triple Deluxe on the player’s 3DS system, and even later in Kirby Battle Royale as unlockable ability; it also appears in Kirby Star Allies. With the Beetle ability, Kirby can use the horn on his helmet to attack and skewer enemies. He also gains a new flying animation, where he flaps wings that appear on the back of his helmet — which inflicts damage on contact, similarly to Jet’s Hover and Wing’s Hover Flap. Beetle excels in grab-and-throw attacks, much like the Suplex and Backdrop abilities. All attacks involving Kirby’s horn can cut ropes and grass, and the Hardhead Slam attack can pound down stakes.