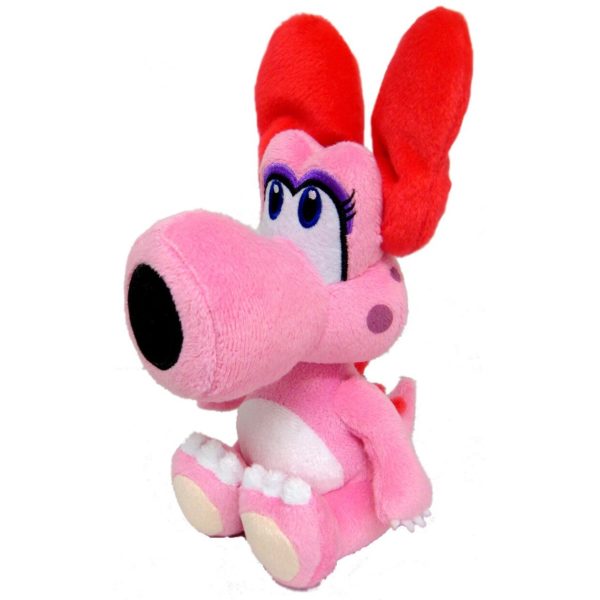 San-ei’s All Star Collection plush series features a beautifully detailed version of Birdo! Some of the highest-quality officially licensed Nintendo plush on the market come from this lineup. Every plush is constructed out of super soft ‘minky’ fabric and weighted with beans to help them sit/pose.

Birdo is a recurring character in the Mario franchise. Her first appearance was as an enemy in Super Mario Bros. 2. Since then, she has appeared in various spin-off series of the franchise, and her original role as an antagonist has gradually been scrapped in favor of a newer role as an ally. Birdo has also been merchandised into figurines, plush toys, and amiibo cards. Birdo is part of an entire species, of which other members appear in several works where the central character Birdo does not, including the Mario Strikers games and several episodes of The Super Mario Bros. Super Show!