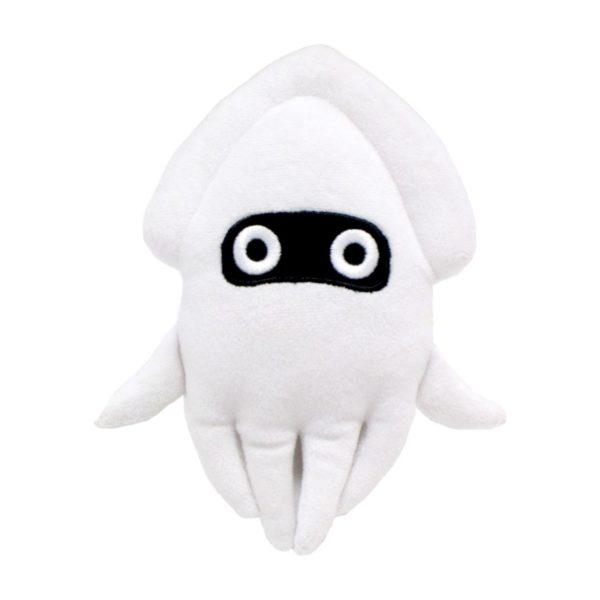 San-ei’s All Star Collection plush series features a beautifully detailed Blooper! Some of the highest-quality officially licensed Nintendo plush on the market come from this lineup. Every plush is constructed out of super soft ‘minky’ fabric and weighted with beans to help them sit/pose.

Bloopers (often referred to as Bloobers until Paper Mario) are squid-like creatures that are found in the ocean. They made their first appearance in Super Mario Bros., and various kinds of them have appeared in most Mario games since, normally as enemies. Mario Party 8 was the first game to feature a Blooper as a playable character. Bloopers come in different sizes and colors, though the original variety shown in Super Mario Bros. is white and roughly the size of a Koopa Troopa. They possess varying numbers of arms (ranging from four to up to ten visible limbs) of various lengths, which help them move and are in some of their appearances used directly to attack the player.