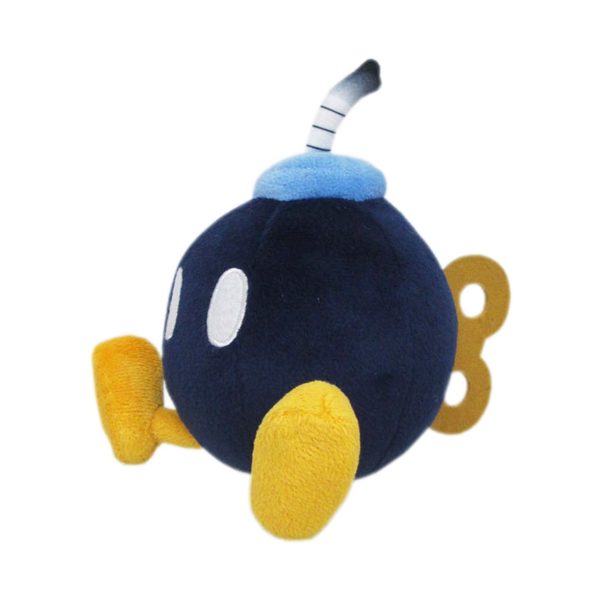 San-ei’s All Star Collection plush series features a beautifully detailed version of Bob-omb! Some of the highest-quality officially licensed Nintendo plush on the market come from this lineup. Every plush is constructed out of super soft ‘minky’ fabric and weighted with beans to help them sit/pose.

Bob-ombs are living, moving mechanical bombs with eyes, feet, and a wind-up key on the back. They are generic enemies who first appeared in Yume Kōjō: Doki Doki Panic, a non-Mario game which was later remade as Super Mario Bros. 2 and have appeared in nearly every Mario game since then. Their appearance, intelligence, and status with Mario differ widely from game to game. They are usually a bluish-black, but some variations are pink or red. They also flash red and sometimes make beeping sounds if they are about to explode.