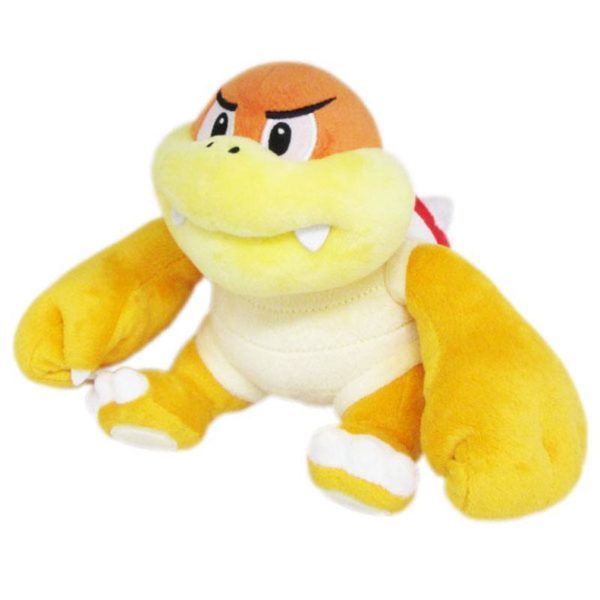 San-ei’s All Star Collection plush series features a beautifully detailed version of Boom Boom! Some of the highest-quality officially licensed Nintendo plush on the market come from this lineup. Every plush is constructed out of super soft ‘minky’ fabric and weighted with beans to help them sit/pose.

Boom Boom is one of Bowser’s henchmen, and the most well-known member of the eponymous species. He is an antagonist in the Mario franchise and among Mario’s most persistent foes. Boom Boom first debuted in Super Mario Bros. 3, where he often battles Mario or Luigi in fortresses. Boom Boom then later made his return appearance in Super Mario 3D Land as one of the two secondary antagonists who often appears in airships, along with his partner Pom Pom, the other secondary antagonist in the game. After Super Mario 3D Land, Boom Boom reappeared in later games more often. Compared to Bowser’s species, he has a complete shell instead of a carapace not directly connected to his plastron, and the shell itself may not have spikes on it, depending on the game.