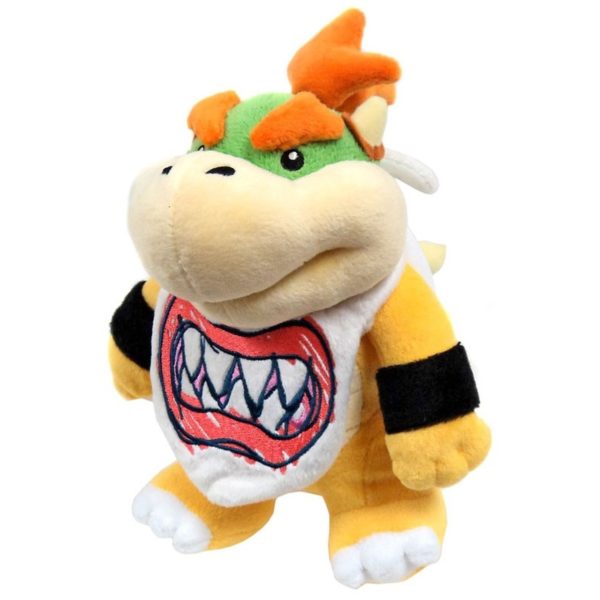 San-ei’s All Star Collection plush series features a beautifully detailed version of Bowser Jr.! Some of the highest-quality officially licensed Nintendo plush on the market come from this lineup. Every plush is constructed out of super soft ‘minky’ fabric and weighted with beans to help them sit/pose.

Bowser Jr., sometimes simply known as “Jr.” or “Junior,” is a secondary antagonist in Nintendo’s Mario franchise. He is, as his name implies, the son of Bowser and serves as the heir to his throne. Bowser Jr. made his debut in Super Mario Sunshine and has since helped his father to kidnap Princess Peach and battle Mario and Luigi in many subsequent games. Bowser Jr. has also taken on playable roles in spin-off titles such as Mario Superstar Baseball and Mario Strikers Charged. Bowser Jr. wants nothing more than to do his father’s evil will, and Bowser’s rarely seen emotional side is often brought out by his interactions with his son.