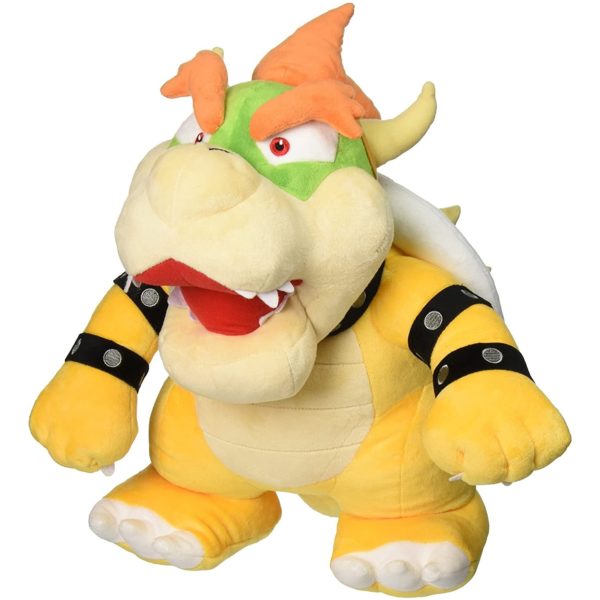 San-ei’s All Star Collection plush series features a beautifully detailed version of a large Bowser! Some of the highest-quality officially licensed Nintendo plush on the market come from this lineup. Every plush is constructed out of super soft ‘minky’ fabric and weighted with beans to help them sit/pose.

Bowser, sometimes known as King Koopa, is a major character and the main antagonist of the Mario franchise. He is a large, powerful, fire-breathing Koopa who leads the Koopa Troop, an antagonistic organization of turtle-like creatures, and has been the archenemy of Mario since his debut in Super Mario Bros. He has repeatedly kidnapped or attempted to kidnap Princess Peach with the ultimate goal of defeating Mario and taking over the Mushroom Kingdom. Bowser’s defining traits are his monstrous appearance, full-throated roar, fire-breathing abilities, cruel personality, and never-ending conflict with Mario and unrequited crush for Peach.