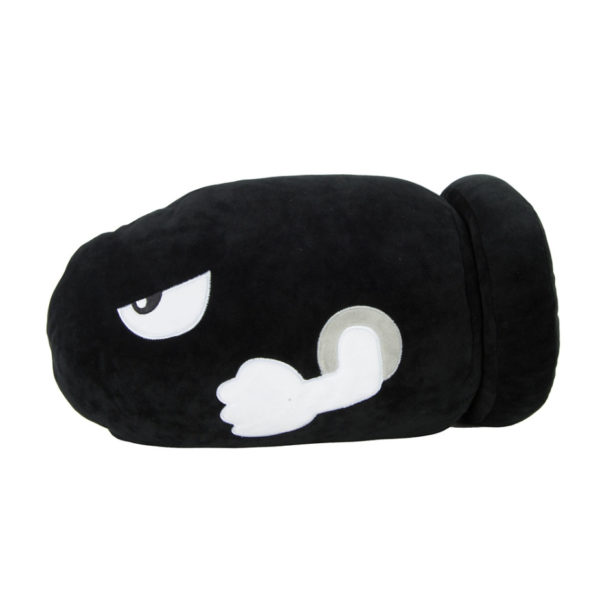 Blast past the field of enemy karts and across the line in time with this Nintendo Mario Kart Bullet Bill plush from Mocchi- Mocchi-! Designed in Japan, Mocchi- Mocchi- is super soft and huggable! Unlike other ordinary plush, it has a unique squishy texture and is super soft to touch. The Mario Kart series features fan-favorite characters from the iconic Nintendo game. Collect them all!

Bullet Bills are anthropomorphic, bullet-like projectiles in the Mario franchise, acting as common enemies. They are horizontally shot out of Bill Blasters, coupled with a firing sound effect to indicate their prescence, and fly in a straight line, going through walls. Some Bullet Bills additionally approach from off-screen without the prescence of a Bill Blaster, though a firing sound effect is still heard. Bullet Bills are immune to fireballs; in most games, Bullet Bills can be defeated by jumping on them. Ever since Super Mario 64, some Bullet Bills have the ability to home in on Mario as a missile, similar to Bull’s-Eye Bills. In some series, mostly in the Mario Kart series, Bullet Bills have been portrayed as items, either as projectiles themselves or are used to take advantage of their speed by either riding on them or transforming into one. While they have been primarily portrayed as obstacles, few games depict them as individual characters such as the Bullet Bill character in Mario Party Advance.