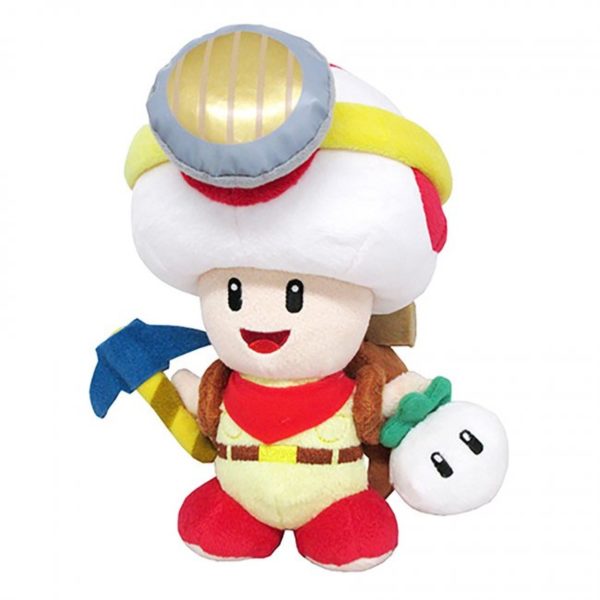 San-ei’s All Star Collection plush series features a beautifully detailed version of Captain Toad! Some of the highest-quality officially licensed Nintendo plush on the market come from this lineup. Every plush is constructed out of super soft ‘minky’ fabric and weighted with beans to help them sit/pose.

Captain Toad is a character who first appears in Super Mario Galaxy. He appears wearing an oversized backpack and a headlamp as the self-proclaimed leader of the Toad Brigade, a group helping Mario in Galaxy and its sequel Super Mario Galaxy 2; in these games, he is referred as Toad Brigade Captain. He subsequently appears in Super Mario 3D World as a playable character in special levels. Captain Toad earns a starring role in Captain Toad: Treasure Tracker, which revolves around a tale of the hard-working Toad going out of his way to stop a massive bird from taking away both his treasure and his friend Toadette.