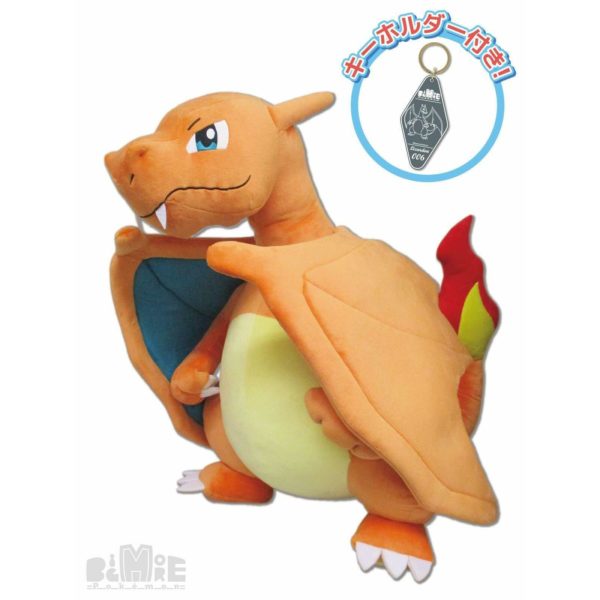 San-ei’s Pokémon BigMore! series features a huge and beautifully detailed version of Charizard! This premium series offers your favorite Pokémon in a big size while still maintaining strict attention to quality to give the real-life feeling of your chosen partner. Own just one and it’ll make you wanna catch ’em all! Each BigMore! plush includes a matching acrylic keychain.