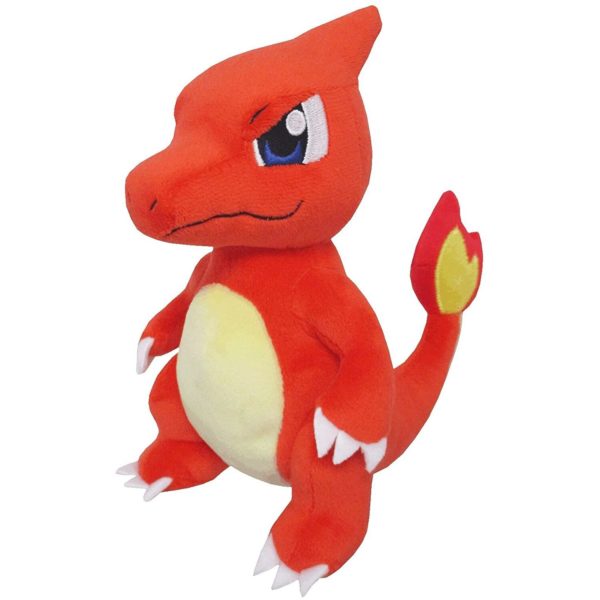 San-ei’s Pokémon All Star Collection plush series features a beautifully detailed version of Charmeleon! Some of the highest quality Pokémon plush on the market come from this lineup. Every plush is constructed out of super soft ‘minky’ fabric and weighted with beans to help them sit/pose.

Charmeleon is a bipedal, reptilian Pokémon. It has dark red scales and a cream underside from the chest down. It has narrow, blue eyes and a long snout with a slightly hooked tip. On the back of its head is a single horn-like protrusion. It has relatively long arms with three sharp claws. Its short legs have plantigrade feet with three claws and cream-colored soles. The tip of its long, powerful tail has a flame burning on it. The temperature rises to unbearable levels if Charmeleon swings its tail. Charmeleon has a vicious nature and will constantly seek out opponents. Strong opponents excite this Pokémon, causing it to spout bluish-white flames that torch its surroundings. However, it will relax once it has won. It is rare in the wild, but it can be found in mountainous areas.