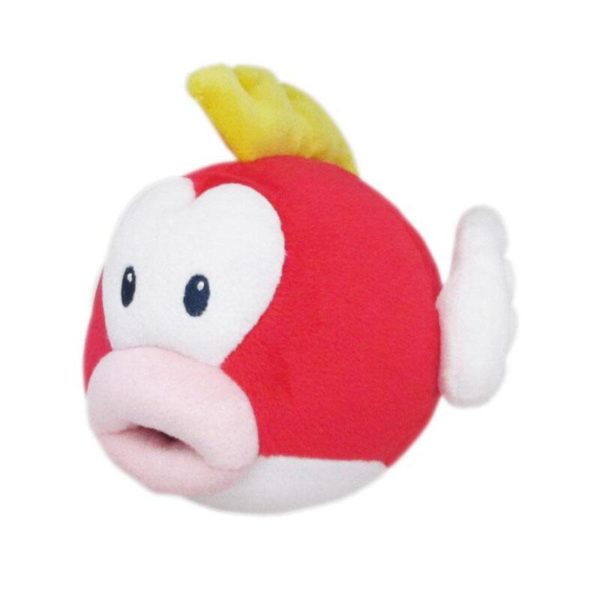 San-ei’s All Star Collection plush series features a beautifully detailed version of Cheep Cheep! Some of the highest-quality officially licensed Nintendo plush on the market come from this lineup. Every plush is constructed out of super soft ‘minky’ fabric and weighted with beans to help them sit/pose.

Cheep Cheeps are fish that made their first appearance in Super Mario Bros. in the underwater levels. They are common recurring enemies throughout the Mario franchise. They are found mostly in the water but they can jump out of the water as well like in Mario Super Sluggers. There are many different species of Cheep Cheeps, and they come in different colors, including yellow and green. The most common ones, however, are red with a white patch on their stomach, a yellow (originally white) tail fin, a mohawk-like dorsal fin and wing-like fins.