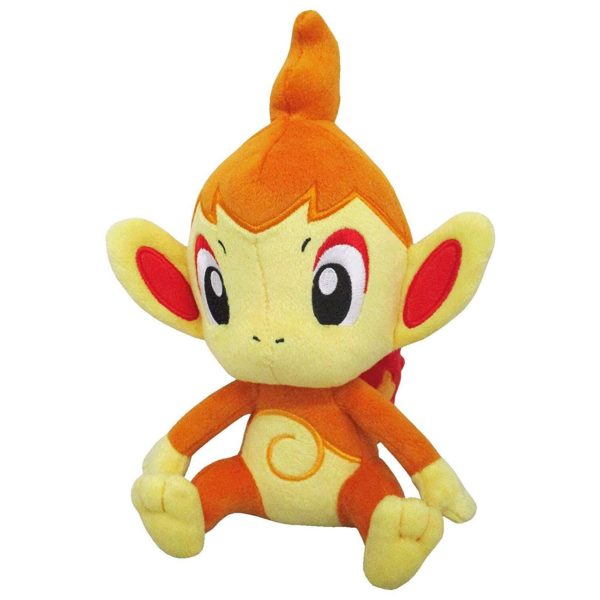 San-ei’s Pokémon All Star Collection plush series features a beautifully detailed version of Chimchar! Some of the highest quality Pokémon plush on the market come from this lineup. Every plush is constructed out of super soft ‘minky’ fabric and weighted with beans to help them sit/pose.

Chimchar is a bipedal Pokémon resembling a chimpanzee. Its fur is primarily a shade of orange, though its face, outer ears, underbelly, hands, and feet are light yellow. Its rear has a small, round, red patch that is usually obscured by flames produced by burning gas in its stomach. These flames go out when it goes to sleep, and burn weakly when it feels ill. Its ears are large in comparison to its head size and red inside. It has two pointed teeth in its upper jaw. Chimchar has red markings nearly surrounding its eyes, a swirl-like symbol on its chest, and five fingers on its hands with three toes on its feet. It has a swirly crest of hair on its head. Being very agile, it is able to climb the rocky ledges of tall mountains, where it lives.