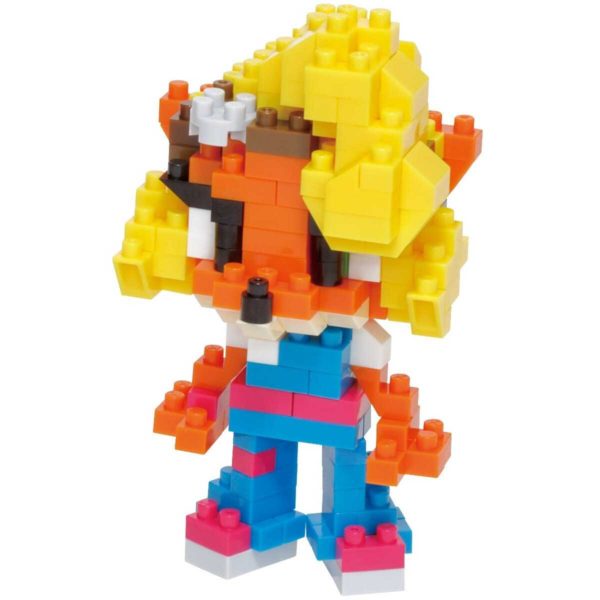 WOAH! The PlayStation classic is here in building form with Coco from nanoblock’s Crash Bandicoot Character Series. This nanoblock stands approximately 2.9 inches tall and has 190 pieces. This kit features all the details one would expect and is fun and easy to build!

Coco Bandicoot is a recurring character in the Crash Bandicoot series and is the highly intelligent, cute, and spirited younger sister of Crash Bandicoot. Just like her brother, Coco was an ordinary bandicoot until she was taken from the jungle and genetically enhanced by Nitrus Brio and Neo Cortex, then later escaped on her own. She often aids Crash by using her computer hacking techniques to assist him, building gadgets ideal for the situation or even tagging along with him in his journeys, using self-taught martial arts to defend herself. She first appeared in Crash Bandicoot 2: Cortex Strikes Back, and her first appearance as a playable character was in Crash Bandicoot: Warped. Since then, she has appeared in every Crash game.