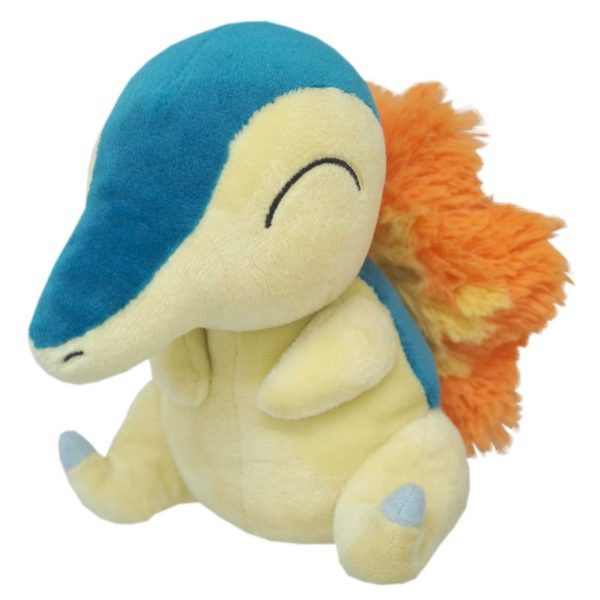 San-ei’s Pokémon All Star Collection plush series features a beautifully detailed version of Cyndaquil! Some of the highest quality Pokémon plush on the market come from this lineup. Every plush is constructed out of super soft ‘minky’ fabric and weighted with beans to help them sit/pose.

Cyndaquil is a small, bipedal Pokémon with bluish fur on top of its body and cream-colored fur on its underside. Its eyes are usually seen closed, and it has a long, thin snout. Its arms are short, but its legs are slightly more developed and have a single nail on each foot. On its back are four red circles that can erupt into flames. When the flames are burning, its back seems to be covered in spines. Cyndaquil is capable of defending itself using these flames, and the fire grows more powerful as it becomes angry or defensive. However, if it is tired, the flames are not able to burn properly. It is usually timid by nature and often curls into a ball when intimidated. Though rare in the wild, it can be found living on grasslands.