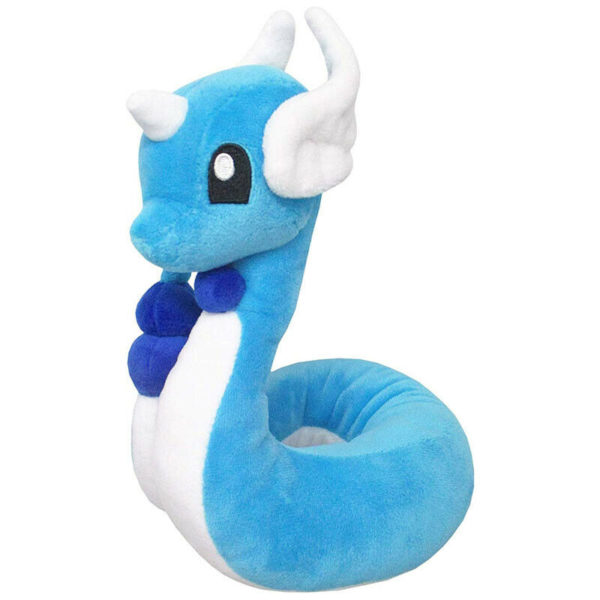 San-ei’s Pokémon All Star Collection plush series features a beautifully detailed version of Dragonair! Some of the highest quality Pokémon plush on the market come from this lineup. Every plush is constructed out of super soft ‘minky’ fabric and weighted with beans to help them sit/pose.

Dragonair is a long, serpentine Pokémon with sky blue scales and a white underside. It has a rounded snout, oval purple eyes, and a small, white horn on its forehead. On each side of its head is a small, stylized wing, which is white and curves into a swirl at the base. Three blue, crystal orbs adorn its body: one on its neck and two on its tail. Dragonair emits a gentle aura that gives it a mystical appearance. As seen in the anime, it can make its wings grow larger in order to fly, but otherwise moves through the air unaided. Dragonair hosts a large amount of energy within its body, which it can discharge through the crystals on its neck and tail. This causes its body to brighten and give off a different aura that changes the weather in its vicinity.