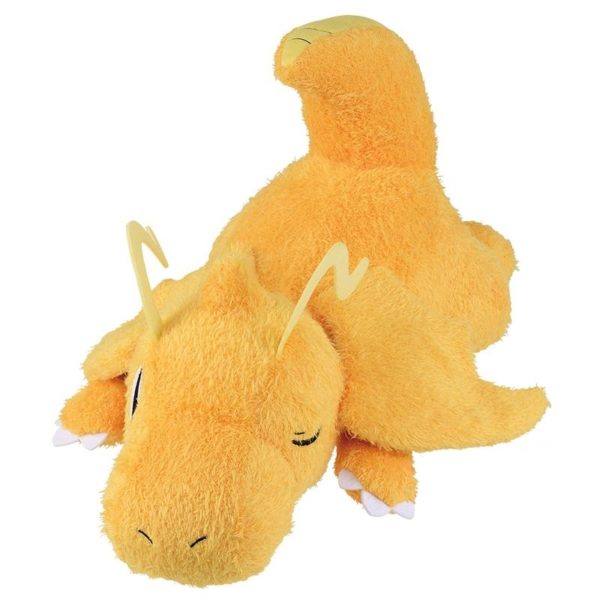 Dragonite gets an adorable new addition to the popular Kutsurogi Time plush lineup by Banpresto!

Despite its bulky build, Dragonite is capable of flying faster than the speed of sound. It can circle the globe in sixteen hours, traveling roughly 1,556mph (2,505km/h), or about three times the speed of an average airplane. A kindhearted Pokémon with human-like intelligence, Dragonite shows signs of altruism: it is said to save humans from drowning and lead lost or foundering ships to safety. As demonstrated in the anime, however, it will go on an uncontrollable, destructive rampage if its environment is threatened. Dragonite is very rare in the wild, typically living near the sea. Some claim that there is an island somewhere in the ocean that only Dragonite inhabit. In the past, Outrage was its signature move.