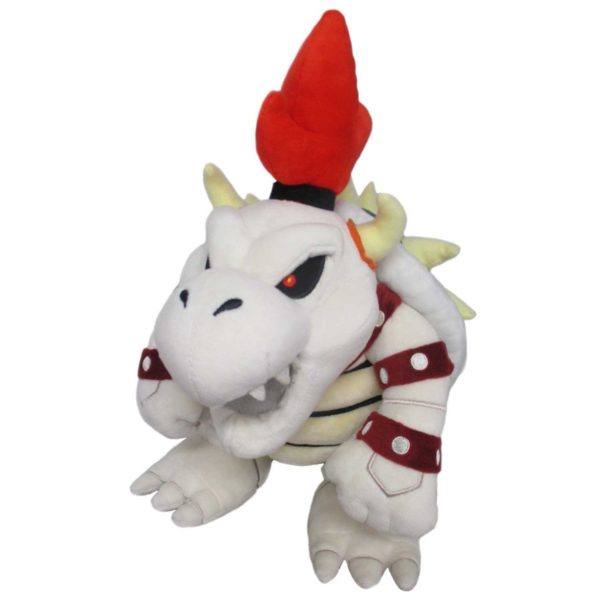 San-ei’s All Star Collection plush series features a beautifully detailed version of Dry Bowser! Some of the highest-quality officially licensed Nintendo plush on the market come from this lineup. Every plush is constructed out of super soft ‘minky’ fabric and weighted with beans to help them sit/pose.

Dry Bowser is the undead and skeletal version of Bowser, with his English name playing off of Dry Bones. Despite not technically being one himself, he is closely associated with them and shares several traits with the species, like an immunity to fireballs. He made his debut in New Super Mario Bros., where he ascended as the result of Mario defeating Bowser by dropping him into lava at the end of New Super Mario Bros.’s first castle. Unlike previous occasions, the lava reduced the once-mighty king to a skeleton, leaving his son, Bowser Jr., temporarily in command of the Koopa Troop. Dry Bowser is then fought in the first castle in World 8.