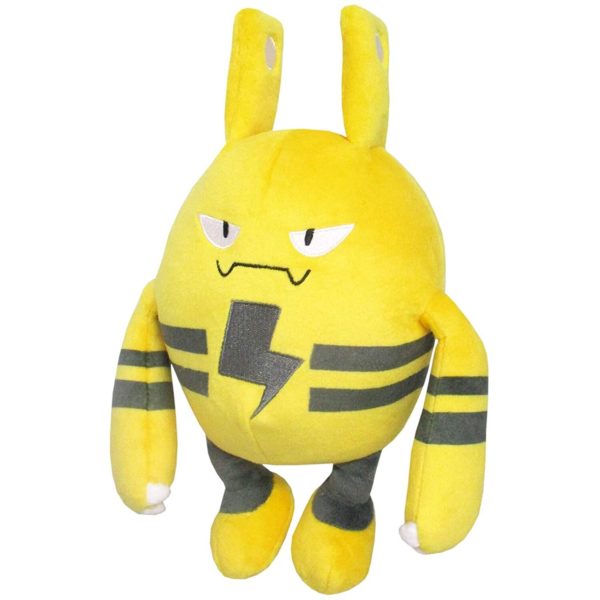 San-ei’s Pokémon All Star Collection plush series features a beautifully detailed version of Elekid! Some of the highest quality Pokémon plush on the market come from this lineup. Every plush is constructed out of super soft ‘minky’ fabric and weighted with beans to help them sit/pose.

Elekid is a yellow, round-bodied Pokémon with black stripes. Elekid’s arms are bulky in proportion to its body, and it has three claws instead of fingers. It has two stripes on its arms, which wrap all the way around. There are two horns on top of its head which resemble the prongs of a plug, complete with holes in their sides. These horns glow bluish-white when Elekid is fully charged. Elekid has a black lightning bolt marking on its chest. Two rows of stripes are near the marking, with the pattern continuing around its lower back. Its legs are black, and its feet are rounded and toeless. Elekid tends to play out in the middle of thunderstorms. By rotating its arms, it generates electricity. However, it tires easily and can only charge a small amount. A weak electrical charge travels between its horns as well.