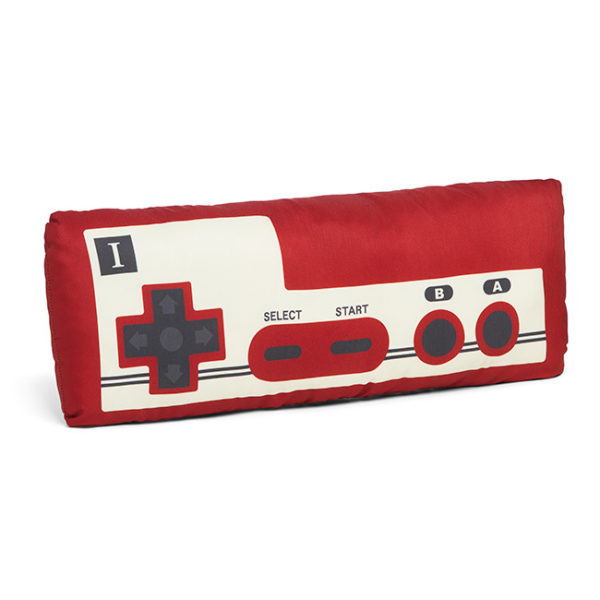 This Nintendo Famicom Retro Controller plush is a perfect item to decorate your gamer room or use to snuggle and relive your fondest moments of nostalgia!

Launched in 1983, the Family Computer (often shortened to Famicom) is the Japanese equivalent of the Nintendo Entertainment System, or the NES. The Family Computer’s controllers were attached to the main unit, unlike the NES, and could be stored on the sides of the system. Player One’s controller can pause the game, and Player Two’s controller has audio controls. The cartridges were half the size of the NES’s, and were inserted in the top instead of through a door in the front (like on the NES). Instead of looking like a vertical cartridge, like the NES, it more closely resembles a SNES cartridge, but can be found in different colors, such as gray, yellow, and blue.