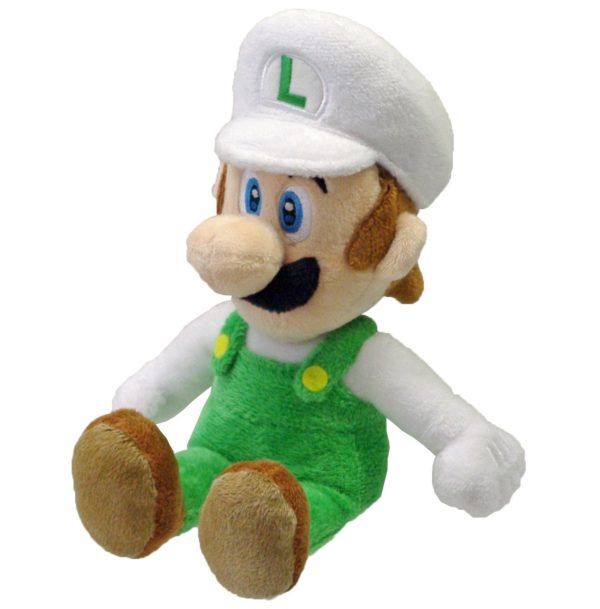 San-ei’s All Star Collection plush series features a beautifully detailed version of Fire Luigi! Some of the highest-quality officially licensed Nintendo plush on the market come from this lineup. Every plush is constructed out of super soft ‘minky’ fabric and weighted with beans to help them sit/pose.

Fire Luigi is the form Luigi takes after powering up with a Fire Flower. This form was first introduced in Super Mario Bros. and is one of the few forms to appear in more than one game. Mario and Luigi have occasionally been able to use fire without Fire Flowers. Mario possessed this ability in Super Mario RPG: Legend of the Seven Stars, in the Super Smash Bros. games, and after acquiring the Firebrand skill in Mario & Luigi: Superstar Saga and Mario & Luigi: Superstar Saga + Bowser’s Minions. Luigi, on the other hand, used fire without a Fire Flower in the Super Smash Bros. series and other spin-off games, such as Mario Kart: Double Dash!!.