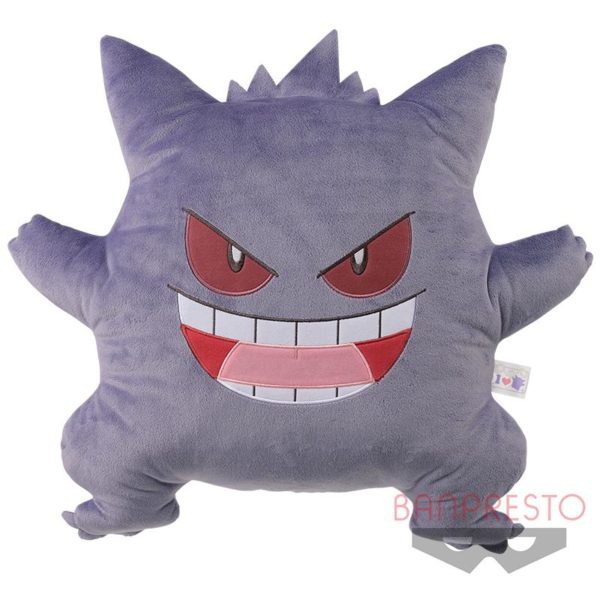 Gengar is transformed into a large cushion as a new addition to the popular I Love Gangar plush lineup by Banpresto!

The I Love Gangar lineup by Banpresto focuses solely on bringing Gengar in a variety of forms and poses to everyone who appreciates a good prank and scare! Banpresto has an assortment of different I Love lineups that focus on other popular Pokemon, but one noticeable feature of this lineup is the use of ultra soft “minky” fabrics. The word “Gangar” isn’t a typo – it’s Gengar’s name in Japan. If you or someone you know loves Gengar, then don’t “ghost” this adorable plush!