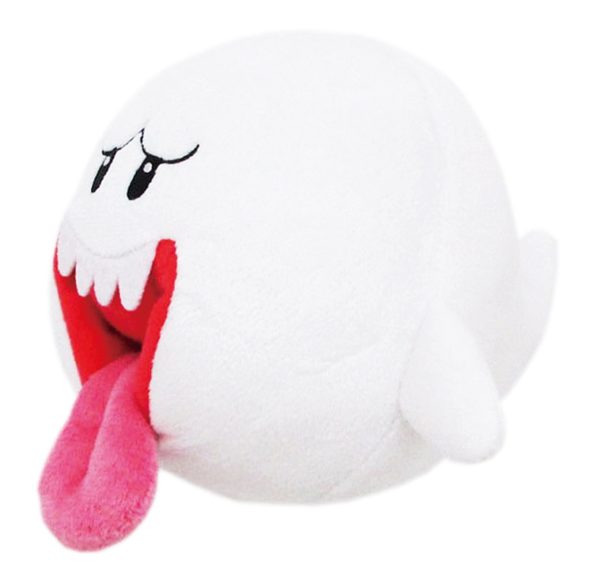 San-ei’s All Star Collection plush series features a beautifully detailed version of Boo! Some of the highest-quality officially licensed Nintendo plush on the market come from this lineup. Every plush is constructed out of super soft ‘minky’ fabric and weighted with beans to help them sit/pose.

Boos are common ghost enemies in the Mario franchise that first appear in Super Mario Bros. 3. They are a type of white, spherical ghost with menacing and normally open mouths. They are known for their large tongues and small “arms” of some sort. However, the most distinctive characteristic of the Boos is their shy personality, where they cover their faces when someone looks directly at them. They will uncover their faces once the subject turns around. Goombario’s tattle for the Boo Igor in Paper Mario states: “He probably was a merchant before he became a Boo,” implying that current Boos may have once been living beings.