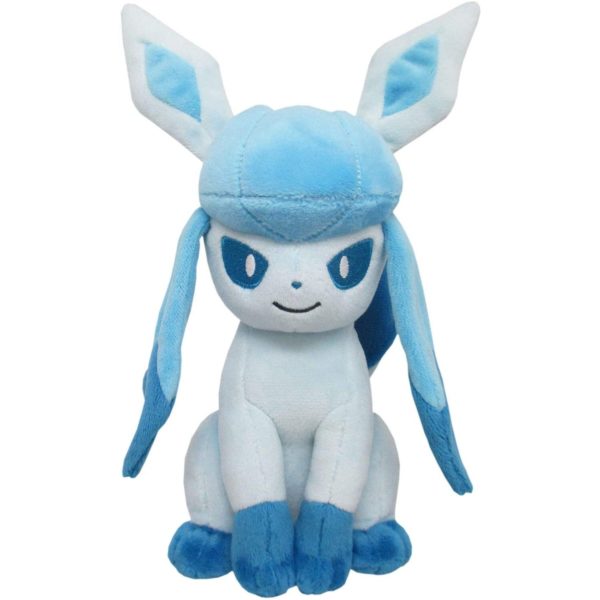 San-ei’s Pokémon All Star Collection plush series features a beautifully detailed version of Glaceon! Some of the highest quality Pokémon plush on the market come from this lineup. Every plush is constructed out of super soft ‘minky’ fabric and weighted with beans to help them sit/pose.

Glaceon is a quadruped, mammalian creature covered in light-blue fur that can be frozen into sharp quills. It has long, pointed ears, dark eyes, and a small nose. A teal crest with two dangling flaps adorn its head, resembling hair or headgear. Glaceon has two dark blue, rhombus-shaped markings on its back; the tip of its tail, feet, and flaps are the same shade of blue. By controlling its body temperature, the moisture in the air freezes, producing ice crystals surrounding it. It is capable of freezing its fur into sharp needle-like icicles, used to tackle its prey. It can drop its body temperature below -75 degrees Fahrenheit. Those captivated by Glaceon’s beautiful snowfall will be instantly frozen without realizing it.