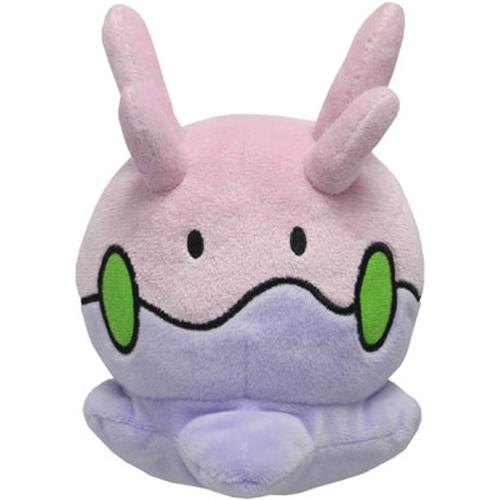 San-ei’s Pokémon All Star Collection plush series features a beautifully detailed version of Goomy! Some of the highest quality Pokémon plush on the market come from this lineup. Every plush is constructed out of super soft ‘minky’ fabric and weighted with beans to help them sit/pose.

Goomy is considered the weakest Dragon-type Pokémon. Its body is mostly water and is covered by a germ-laden mucous membrane. This slimy layer causes physical attacks to slime off harmlessly. However, it becomes unable to breathe and will die if its body dries out. Because of this, it stays in damp, shady areas. Goomy’s horns have powerful sensors that allow it to locate any sign of the enemy, allowing it to survive any kind of danger. As seen in the anime, its diet consists of leaves.