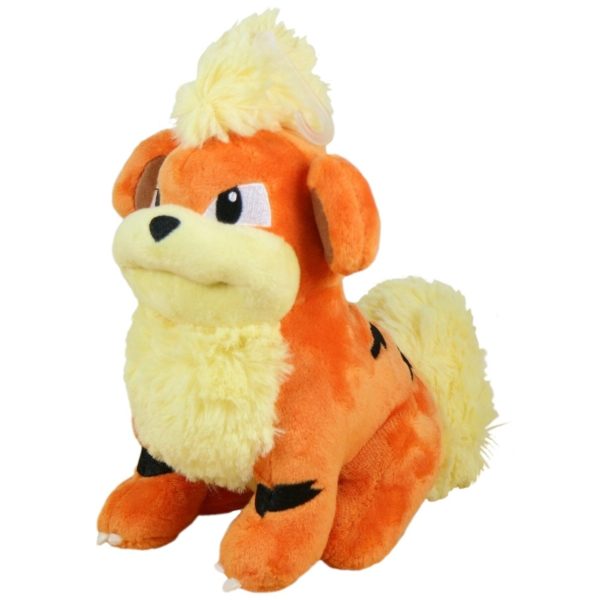 San-ei’s Pokémon All Star Collection plush series features a beautifully detailed version of Growlithe! Some of the highest quality Pokémon plush on the market come from this lineup. Every plush is constructed out of super soft ‘minky’ fabric and weighted with beans to help them sit/pose.

Growlithe is a quadruped, canine Pokémon. It has orange fur with black stripes along its back and legs. The fur on its muzzle, chest, belly, and tail is beige, as well as an additional tuft of fur on top of its head. Growlithe’s coat is noticeably longer on its chest and tail. It has gray eyes, a black nose, and large, round ears with beige interiors. Its forepaws have two visible claws, while its hind paws have three toes each. Each paw has a brown pad. Growlithe is a friendly and loyal Pokémon that will fearlessly defend its Trainer and territory from harm, even against larger, stronger enemies.