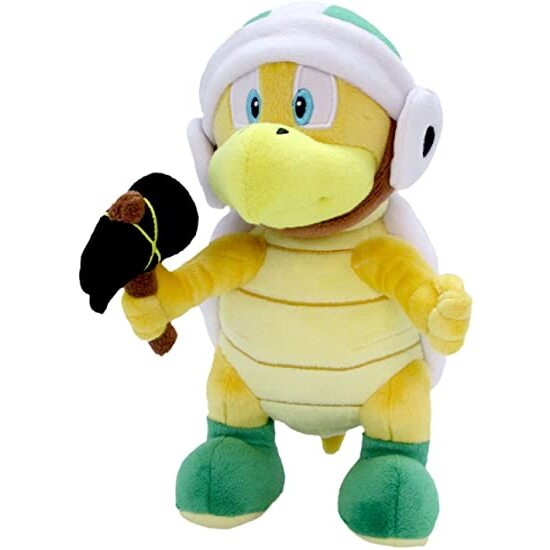 San-ei’s All Star Collection plush series features a beautifully detailed version of a Hammer Bro! Some of the highest-quality officially licensed Nintendo plush on the market come from this lineup. Every plush is constructed out of super soft ‘minky’ fabric and weighted with beans to help them sit/pose.

Hammer Bros. (also known as Hammer Brothers and sometimes spelled “Hammer Bros”) are Koopas that stand upright and throw hammers at the player, first appearing in Super Mario Bros. They have bigger shells than normal Koopa Troopas and wear helmets. Hammer Bros. have several times been described as elite members of Bowser’s Koopa Troop. They were originally designed by Kazuaki Morita.