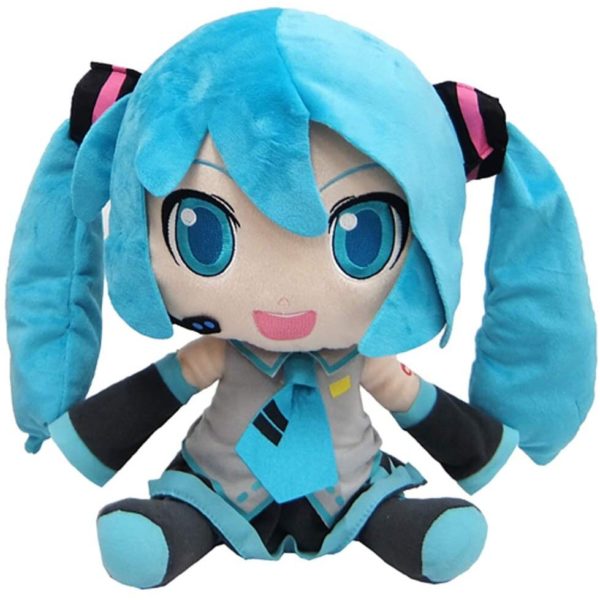 Sega Prize brings us the adorably cute plush of Hatsune Miku in her Mikudayō outfit/form!

Sega Prize brings us the adorably cute plush of Hatsune Miku in her Mikudayō outfit/form!

Mikudayō first appeared at Tokyo Game Show 2011 as a sales promotion character for the game Project Mirai. The overall design was based on Nendoroid Miku, but the details were rough and clumsy. Her unbalanced big head, dull eyes, chubby cheeks, large rubber rain boots and forward-tilting posture with awkward movements made children scared and even cry in the show. The whole incident at the Tokyo Game Show made for a topic on a Futaba Channel bulletin board, and the contributors gave the name Mikudayō, which means I’m Miku or She’s Miku as a spoof on the unlikeliness to the real Miku’s design. In April 2012 this fanmade nickname unexpectedly came out of the mouth of SEGA staff on a Nicocast program. Afterwards, Mikudayō was widely recognized as the de facto official name for this character. On September 24, 2012, SEGA, Good Smile company and Crypton jointly registered Mikudayō and she was added to the official fanmade characters of Crypton. And Nendoroid model was released in March 2013.