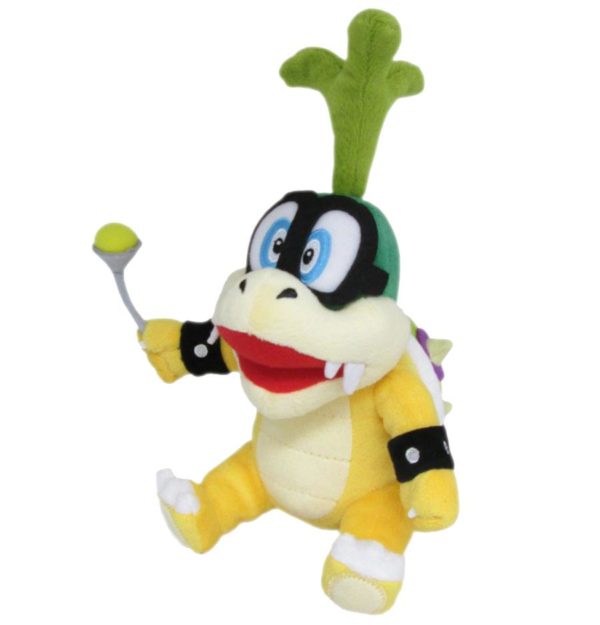 San-ei’s All Star Collection plush series features a beautifully detailed version of Iggy Koopa! Some of the highest-quality officially licensed Nintendo plush on the market come from this lineup. Every plush is constructed out of super soft ‘minky’ fabric and weighted with beans to help them sit/pose.

Iggy Koopa (known as Hop Koopa in the cartoons) is a member of the Koopalings, a seven-member clan loyal to Bowser. Iggy and his siblings are very loyal to Bowser and were originally depicted as his children. This idea was usually omitted in games released after their debut in Super Mario Bros. 3, and Shigeru Miyamoto stated in a 2012 interview that Nintendo’s current story was that they are not Bowser’s children, leaving Bowser Jr. as his only offspring. Iggy is depicted as a crazed, mechanical genius. His two main outstanding physical characteristics are his glasses and green hair (originally pink, light blue, and yellow).