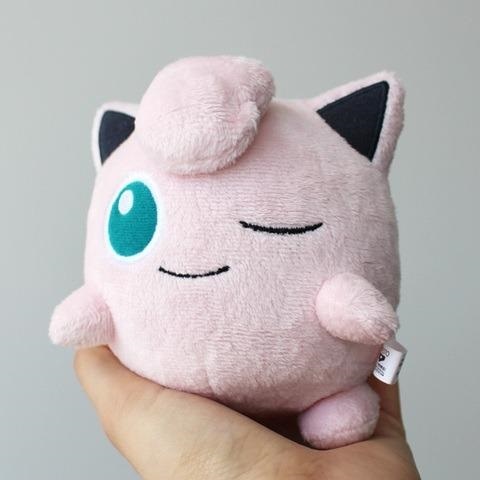 Jigglypuff is open for hugs with this adorable new addition to the popular Hopepita plush lineup by Banpresto!

Jigglypuff a pink Pokémon with a spherical body. It has pointed ears with black insides and large, blue eyes. It has small, stubby arms and slightly longer feet. On top of its head is a curled tuft of fur on the top of its head. Its body is filled with air and, as seen in Pokémon Stadium, Jigglypuff can deflate until it is flat. It is able to float by drawing extra air into its body, as demonstrated in Super Smash Bros. Jigglypuff uses its eyes to mesmerize opponents. Jigglypuff has top-notch lung capacity that is incredible even among other Pokémon. Once it achieves this, it will inflate its lungs and begin to sing a soothing and mysterious lullaby. This melody can cause anyone who listens to this sleepy.