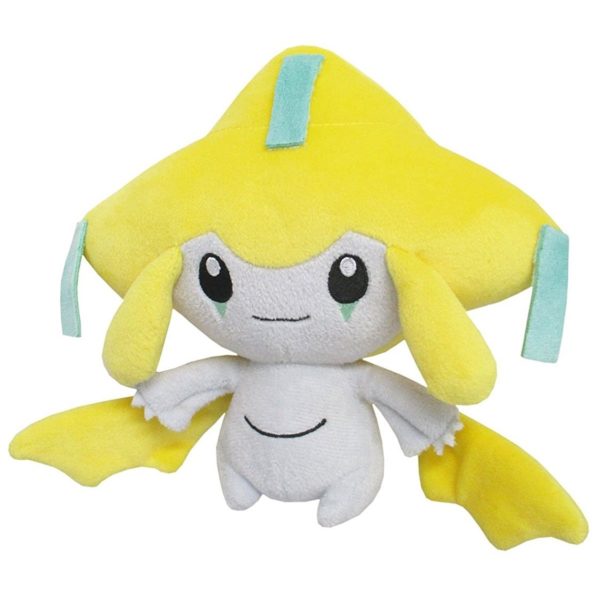 San-ei’s Pokémon All Star Collection plush series features a beautifully detailed version of Jirachi! Some of the highest quality Pokémon plush on the market come from this lineup. Every plush is constructed out of super soft ‘minky’ fabric and weighted with beans to help them sit/pose.

Jirachi hibernates for extensive periods, forming a protective crystalline shell as it sleeps. However, it is still capable of fighting while asleep if it is in danger. It awakens for seven days every thousand years, but can also waken if sung to by a voice of purity. During the short periods when it is awake, Jirachi is said to grant wishes. However, in the anime, Jirachi cannot create an object that is desired from a wish. Instead, it teleports the desired object to the person that made the wish. In the Pokémon Adventures manga, Jirachi’s wishes are granted by writing on the three tags located on its head. Due to only having three tags, Jirachi can only grant three wishes. The anime further reveals that Jirachi’s awakening is linked to the Millennium Comet and that its third eye has the ability to absorb the energy Jirachi needs for hibernation. Although it is extremely rare, Jirachi can be found in the mountains. Jirachi is the only known Pokémon capable of learning the move Doom Desire.