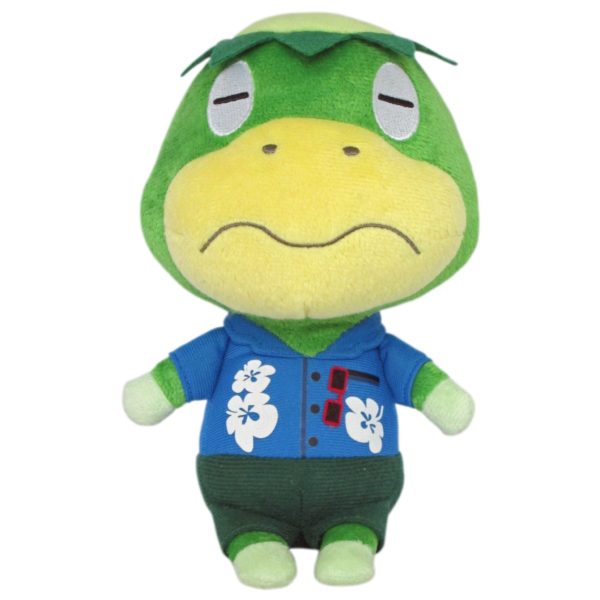 San-ei’s Animal Crossing plush series features a beautifully detailed version of Kapp’n! Some of the highest-quality officially licensed Nintendo plush on the market come from this lineup. Every plush is well-constructed and typically weighted with beans to help them sit/pose.

Kapp’n is a green turtle (Kappa in the Japanese versions) that features in the Animal Crossing series as a driver of various forms of transport. He has been known to row boats, drive taxis, and drive busses. Kapp’n himself is a sailor by nature, referring frequently to his life on the sea and speaking in stereotypical pirate tones. He has also expressed a fondness for women and singing old sea shanties. According to Katrina, his singing irritates his wife to the extent that he is not allowed to be on the island.