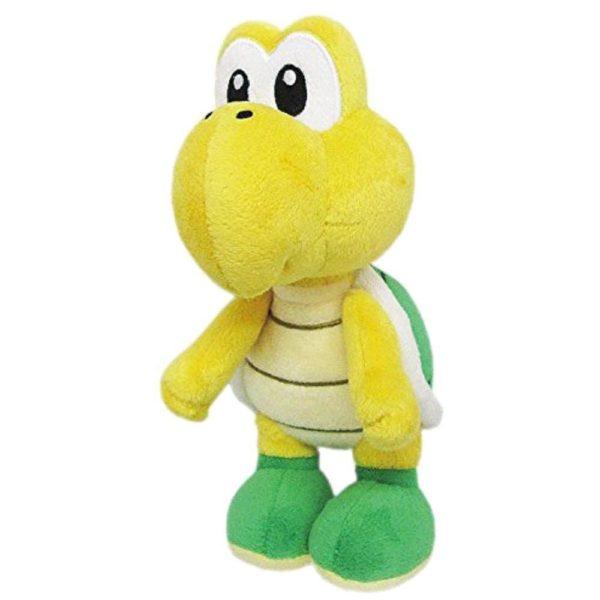 San-ei’s All Star Collection plush series features a beautifully detailed version of Koopa Troopa! Some of the highest-quality officially licensed Nintendo plush on the market come from this lineup. Every plush is constructed out of super soft ‘minky’ fabric and weighted with beans to help them sit/pose.

Koopa Troopas (commonly shortened to Koopas or occasionally Troopas) are turtle-like creatures with removable shells that come in many different colors, with red and green Koopa Troopas being the most common; green Koopa Troopas usually walk back and forth without any concerns for pits or other obstacles, and red Koopa Troopas usually walk back and forth without falling off of their platforms. They are common enemies in the Mario franchise, usually displayed as foot soldiers of the Koopa Troop, under the direct leadership of Bowser. Since Super Mario 64, however, not all Koopa Troopas work for Bowser (or any other villain), some of whom even act as allies to Mario during his adventures, and have appeared as playable characters in various spin-off games starting with Super Mario Kart. They are notable for the many uses of their shells in the Mario franchise.