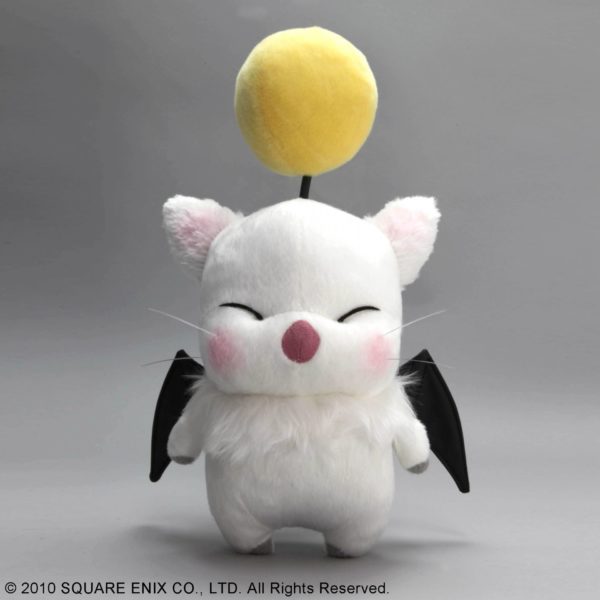 From FINAL FANTASY® XIV comes a plush toy of Kuplu Kopo! As a moogle, he is one of the traditional mascots of the FINAL FANTASY® series. This officially licensed Square Enix plush is incredibly soft and the perfect collectible for any Final Fantasy fan.

Moogles are a fictional species of diminutive, sentient creatures that appear throughout the Final Fantasy, Mana (Seiken Densetsu) and Kingdom Hearts video game series, and are considered one of the mascots of Final Fantasy. They first appeared in Final Fantasy III. Moogles serve a variety of purposes in the various games in which they appear. They sometimes provide opportunities to record game progress or access shops; occasionally they assist in battle or may even become a playable character.