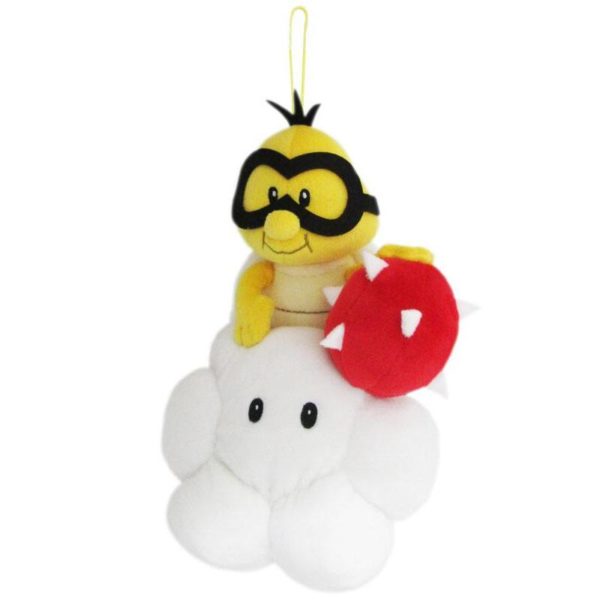 San-ei’s All Star Collection plush series features a beautifully detailed version of Lakitu! Some of the highest-quality officially licensed Nintendo plush on the market come from this lineup. Every plush is constructed out of super soft ‘minky’ fabric and weighted with beans to help them sit/pose.

Jyugemu, known as Lakitu in the U.S., are bespectacled Koopas who ride clouds through the skies. Although Lakitus have become a recognizable trait of the Mario series, they have suffered neglect in common appearances per game and seem especially rare in other forms of Mario-related media. Lakitus are best known for tossing Spinies or similar enemy characters down to the player below.