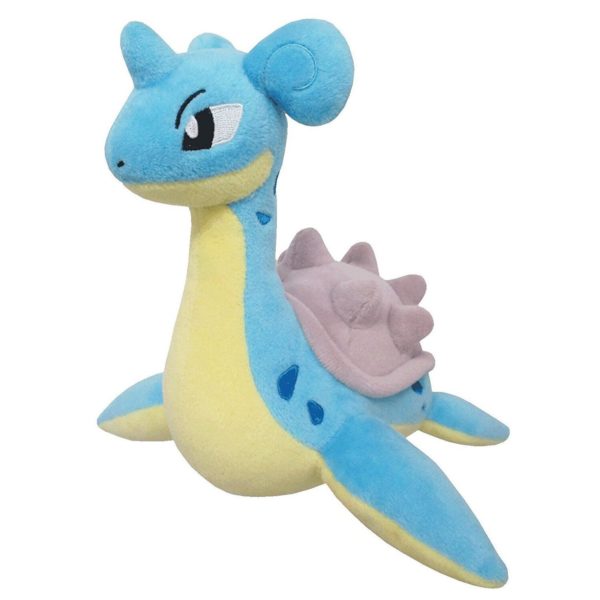 San-ei’s Pokémon All Star Collection plush series features a beautifully detailed version of Lapras! Some of the highest quality Pokémon plush on the market come from this lineup. Every plush is constructed out of super soft ‘minky’ fabric and weighted with beans to help them sit/pose.

Lapras is a gentle, helpful Pokémon that enjoys ferrying people across bodies of water. In the past, its docility made it an easy target for hunters, and it was driven to near-extinction. Recent protection efforts have seen Lapras become overabundant instead, which is now affecting the fish Pokémon numbers in some areas. An intelligent Pokémon, it is able to understand human speech. Lapras have been known to travel in large pods across the seas, spanning both polar and tropical areas. To keep in touch with other of its kind, it sings enchanting melodies. In the anime it was shown that Lapras is able to develop psychic abilities such as telepathy.