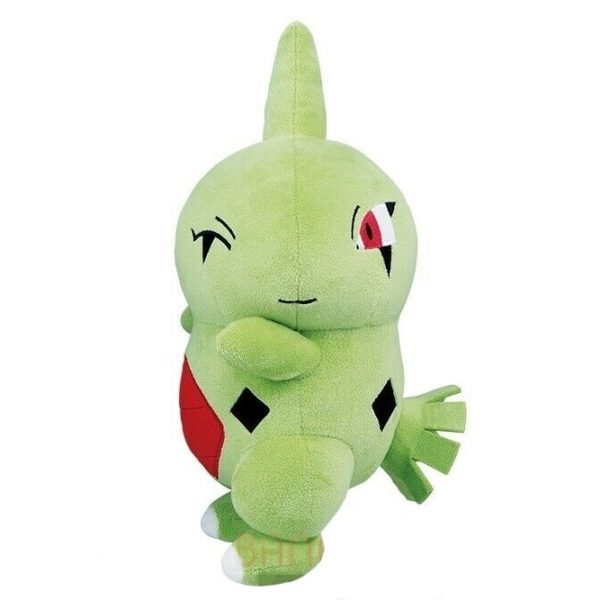 Larvitar is open for hugs with this adorable new addition to the popular Hopepita Dekai plush lineup by Banpresto!

Larvitar is a small, green reptilian Pokémon with rocky skin. It has a blunt spike on top of its head, a short, rounded snout, and triangular, black markings below and on the upper corners of its red eyes. Red scales cover its diamond-shaped belly, and there are several small holes in its body. Its short arms lack fingers, while its feet have a single toenail each. It has a tail with a conical center surrounded by a ring of plate-like scales, causing it to resemble a tunnel-boring machine. Larvitar is born deep underground, far from its parent. It grows by consuming soil, and will enter its pupal stage upon eating an entire mountain’s worth of earth. Larvitar usually lives in mountains, hills, and caves.