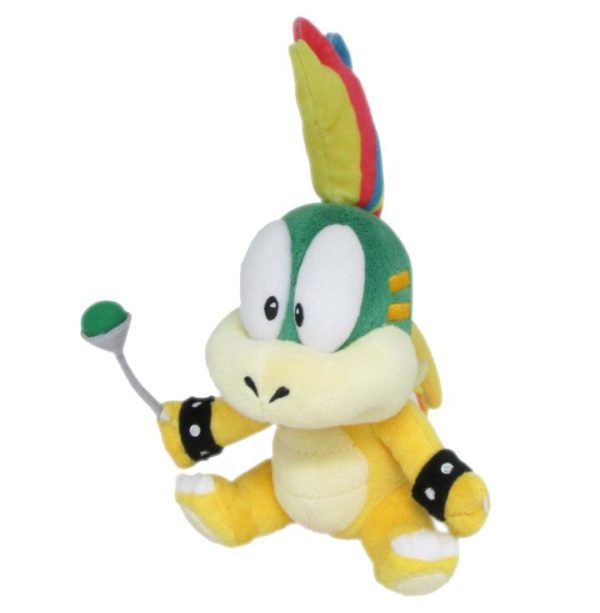 San-ei’s All Star Collection plush series features a beautifully detailed version of Lemmy Koopa! Some of the highest-quality officially licensed Nintendo plush on the market come from this lineup. Every plush is constructed out of super soft ‘minky’ fabric and weighted with beans to help them sit/pose.

Lemmy Koopa (known as Hip Koopa in the cartoons) is a member of the seven-member clan known as the Koopalings. Lemmy and his siblings are very loyal to Bowser and were originally depicted as his own children. This idea was usually omitted in games released after their debut in Super Mario Bros. 3, and Shigeru Miyamoto stated in a 2012 interview that Nintendo’s current story was that they are not Bowser’s children, leaving Bowser Jr. as his only offspring. Lemmy is the smallest of the group, and is often associated with childish traits due to his stature and personality. He is well recognized for his multicolored mohawk, crossed eyes, and the circus ball he balances atop in most appearances; his special abilities also deal with bouncy balls.