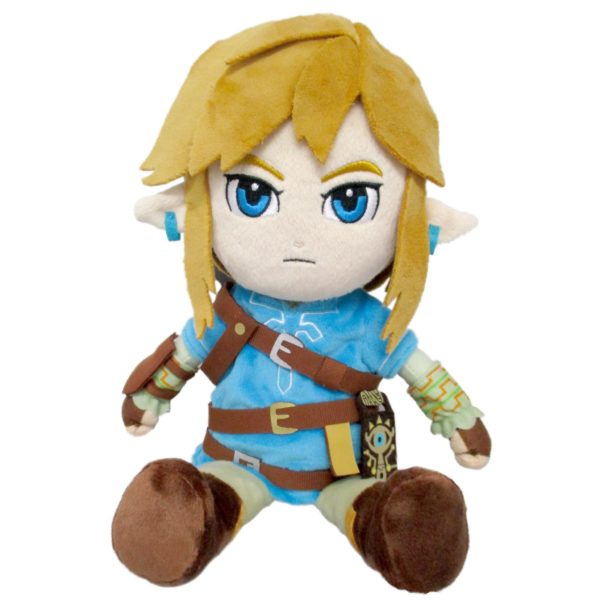 Link Official The Legend of Zelda: Breath of the Wild Plush

San-ei’s plush series features a beautifully detailed version of Link from The Legend of Zelda: Breath of the Wild! Some of the highest-quality officially licensed Nintendo plush on the market come from this lineup. Every plush is constructed out of super soft ‘minky’ fabric and weighted with beans to help them sit/pose.

Link is the protagonist of Nintendo’s The Legend of Zelda series. Link has been featured in other video games from Nintendo, including its merchandising, comic books and an animated television program. The events of Breath of the Wild begin with Link, a Knight of Hyrule, awakening from a deep sleep in the Shrine of Resurrection. He is guided by a mysterious voice to take the Sheikah Slate and embark to the outside world, told that he must “shine upon Hyrule once again.” He then exits the Shrine and is free to explore Hyrule. Outside the Shrine, he finds an Old Man who later informs him that the Calamity Ganon was a source of many evils 100 years ago, until it was sealed in Hyrule Castle, which has been able to contain it for the past century. The Old Man also mentions that the Calamity Ganon is close to breaking free, giving Link the task to save Hyrule.