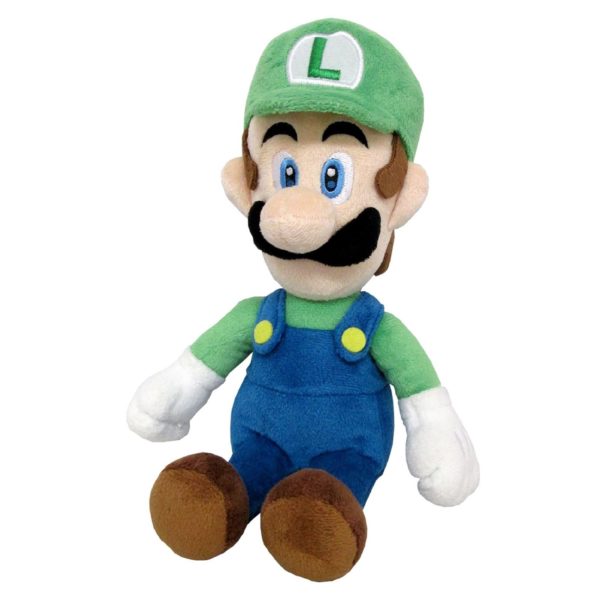 San-ei’s All Star Collection plush series features a beautifully detailed version of Luigi! Some of the highest-quality officially licensed Nintendo plush on the market come from this lineup. Every plush is constructed out of super soft ‘minky’ fabric and weighted with beans to help them sit/pose.

Luigi is Mario’s slightly younger, taller fraternal twin brother and the deuteragonist of the Mario franchise. Throughout his life, he has lived in Mario’s shadow, developing both cowardly and heroic tendencies. Despite this, Luigi has helped and fought alongside his brother on many occasions. Mario Bros. marks his first appearance in the Mario franchise and his debut in general. Originally an exact copy, then palette swap of Mario, Luigi was created to facilitate a second-player option. Since the two-player mode was dropped from most main Super Mario games beginning with Super Mario Land, Luigi has gained his own identity and personality, becoming a co-starring character of the Mario franchise. This is especially noticeable in installments for the Luigi’s Mansion and the Mario & Luigi series of games. Luigi’s notable traits include his green cap, his smooth mustache, his cowardly personality, his Italian accent, his heavy use of power-ups, and a superior jumping ability to Mario.