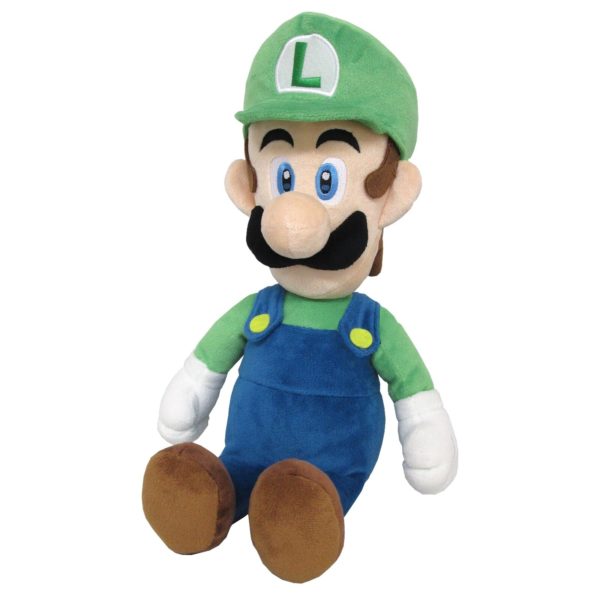 San-ei’s All Star Collection plush series features a beautifully detailed version of Luigi! Some of the highest-quality officially licensed Nintendo plush on the market come from this lineup. Every plush is constructed out of super soft ‘minky’ fabric and weighted with beans to help them sit/pose.

Luigi is Mario’s younger, taller, thinner twin brother. He is a major protagonist of the Mario series. Luigi has helped and fought alongside his brother on many occasions. Throughout his life, he has lived in Mario’s shadow, developing both cowardly and heroic tendencies. Mario Bros. Marks his first appearance in the Mario series and his debut in general. Originally a palette swap of Mario, Luigi was created to facilitate a second player option.