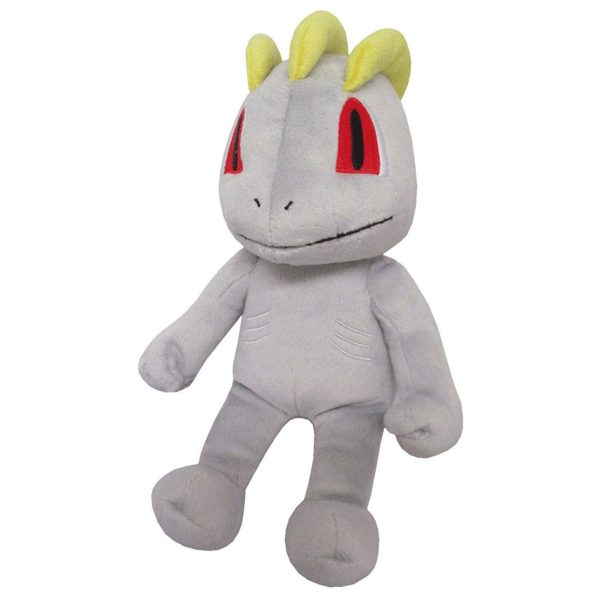 San-ei’s Pokémon All Star Collection plush series features a beautifully detailed version of Machop! Some of the highest quality Pokémon plush on the market come from this lineup. Every plush is constructed out of super soft ‘minky’ fabric and weighted with beans to help them sit/pose.

Machop is a humanoid, bipedal Pokémon that has gray skin. It has three brown ridges on top of its head, large red eyes, and a relatively flat face. On either side of its chest are three, thin, rib-like stripes. Its feet appear to have no toes, while its hands have five fingers. It has a short, stubby tail. Machop’s entire body is covered with muscles that will never tire or cramp. With these muscles, it can lift many times its own body weight. Machop is capable of hurling up to 100 adults. It trains by lifting Graveler every day and becomes more dedicated the more its muscles grow. Machop’s muscles can never get sores no matter what training it does. It spends its time and energy practicing all different forms of martial arts and trying to improve its abilities.