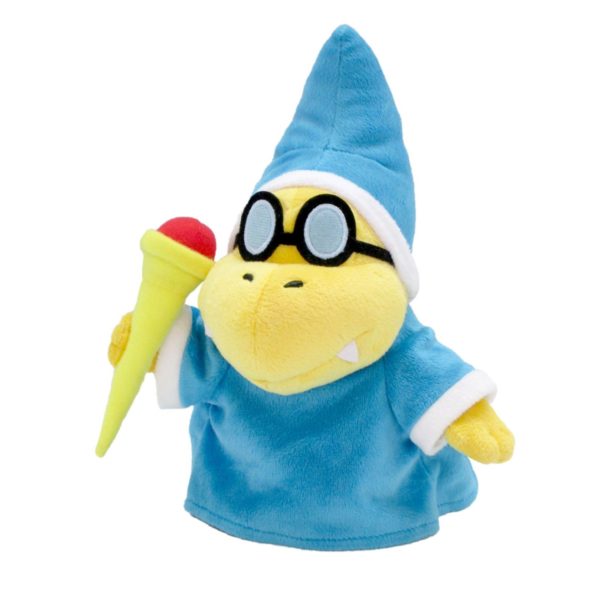 San-ei’s All Star Collection plush series features a beautifully detailed version of Magikoopa! Some of the highest-quality officially licensed Nintendo plush on the market come from this lineup. Every plush is constructed out of super soft ‘minky’ fabric and weighted with beans to help them sit/pose.

Magikoopas (referred to as Kameks in Japanese, certain British English localizations and other European languages, and also referred to as Koopa Wizards in the Super Mario World television series) are bespectacled Koopas that can cast spells. Magikoopas made their debut in Super Mario World. They wear blue robes and hats resembling the garb of a wizard. They are generally considered to be high ranking members of the Koopa Troop, and some act as personal advisors for Bowser.