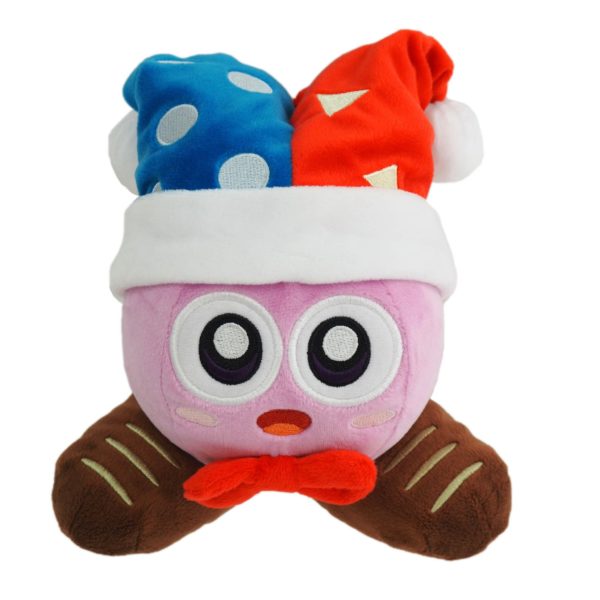 San-ei’s All Star Collection plush series features a beautifully detailed version of Marx! Some of the highest-quality officially licensed Nintendo plush on the market come from this lineup. Every plush is constructed out of super soft ‘minky’ fabric and weighted with beans to help them sit/pose.

Marx is the main antagonist and final boss of the Milky Way Wishes in Kirby Super Star and its remake, Kirby Super Star Ultra. He had originally appeared as a small jester, somewhat resembling Mirror Kirby, bouncing on a multicolored beach ball. He asks Kirby to help him end a war between the Sun and Moon. Kirby listens to his plea and does what he suggests, completely unaware of Marx’s ulterior motives. The jester then turns up just in time to send the final part of his devious plan into motion and simultaneously reveals that he used Kirby the whole time in order to gain control over Planet Popstar.