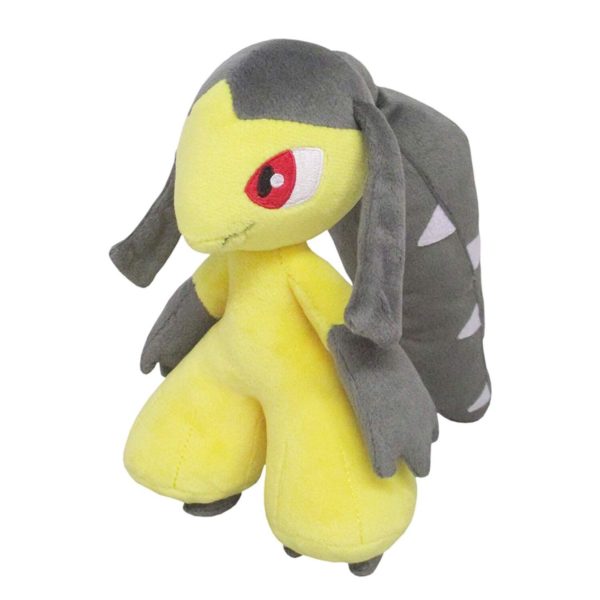 San-ei’s Pokémon All Star Collection plush series features a beautifully detailed version of Mawile! Some of the highest quality Pokémon plush on the market come from this lineup. Every plush is constructed out of super soft ‘minky’ fabric and weighted with beans to help them sit/pose.

Mawile is a short, bipedal Pokémon with a pale yellow body and black arms and feet. Its legs have a thick, fur-like covering resembling hakama or a skirt. Its most notable feature is a pair of large black jaws emerging from the back of its head. These jaws have an oval yellow spot on their top surface and contain ten pointed teeth – six on the top row and four on the bottom. While the jaws are said to actually be transformed steel horns, Mawile can articulate them at will, using them to bite enemies and chew through iron beams. These jaws are also incapable of tasting, and can be used by Mawile to eat food it does not like. It has red eyes and two black ear-like extensions on either side of its head.